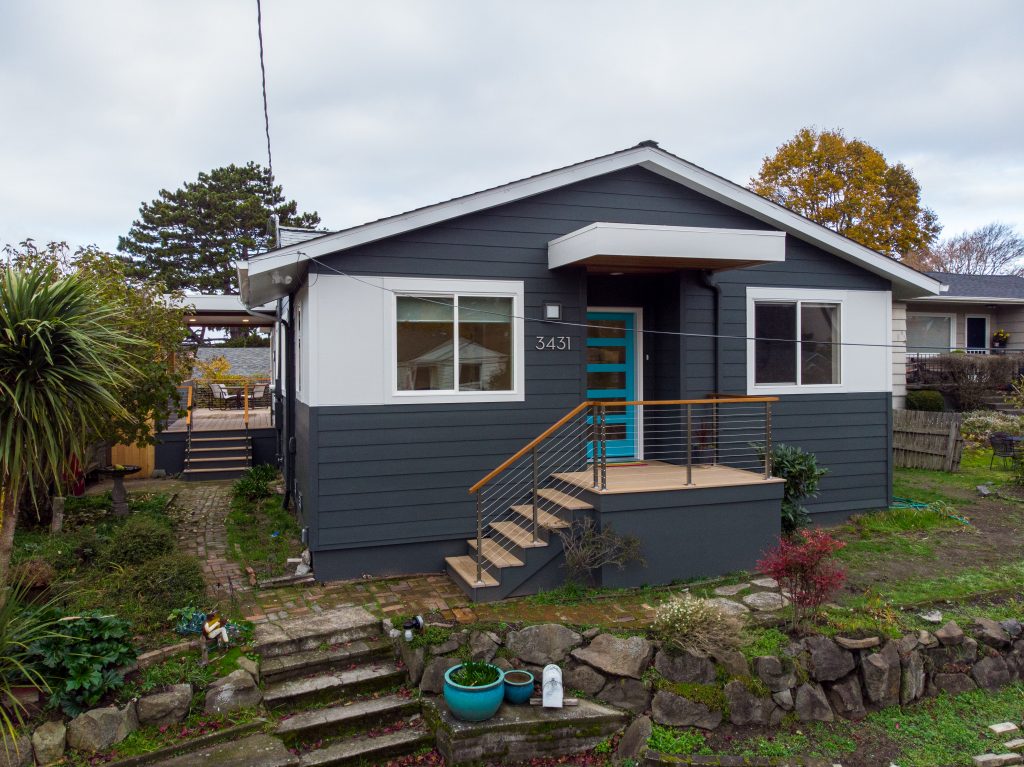 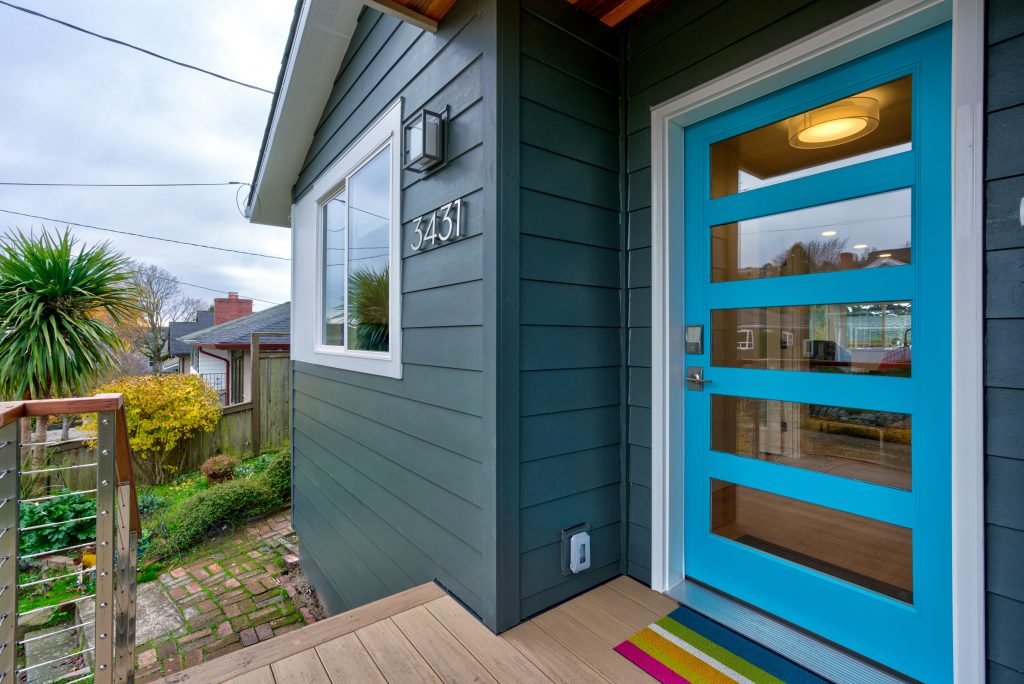 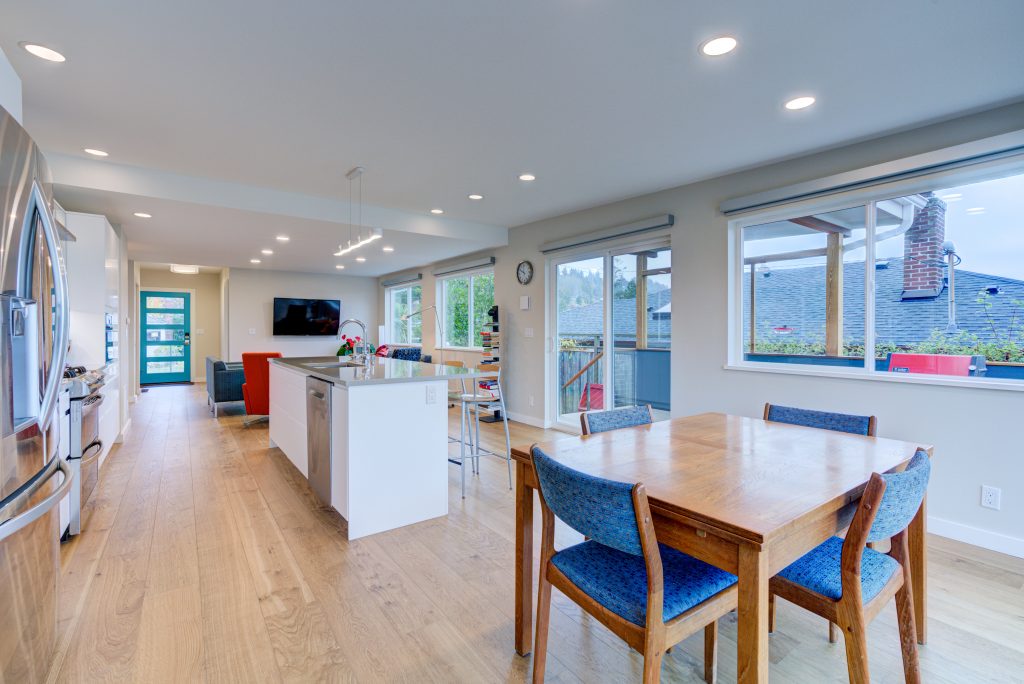 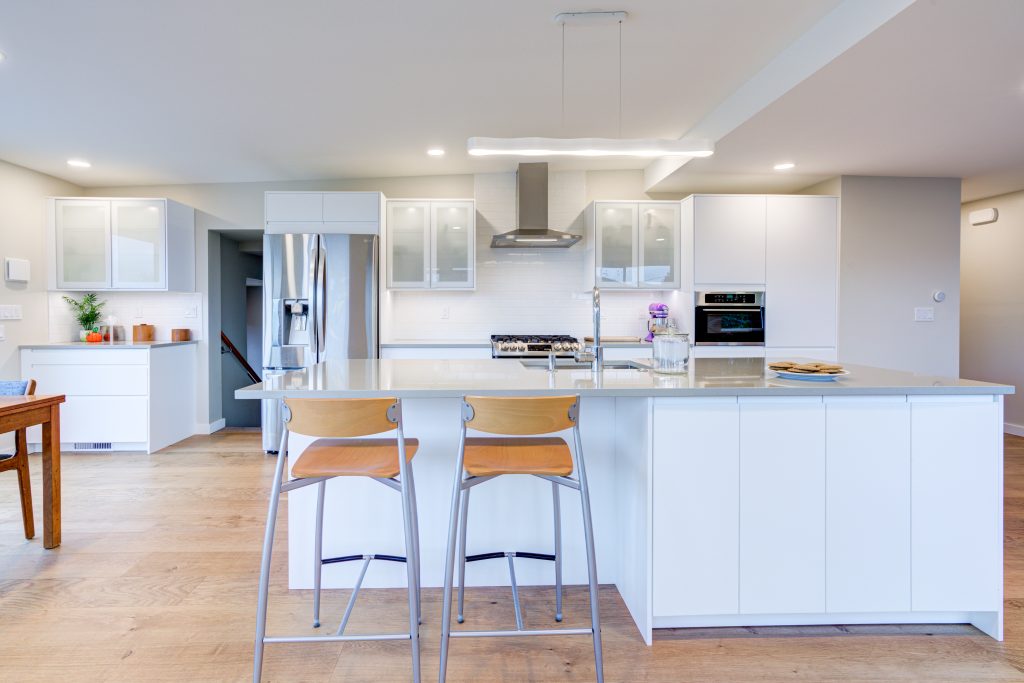 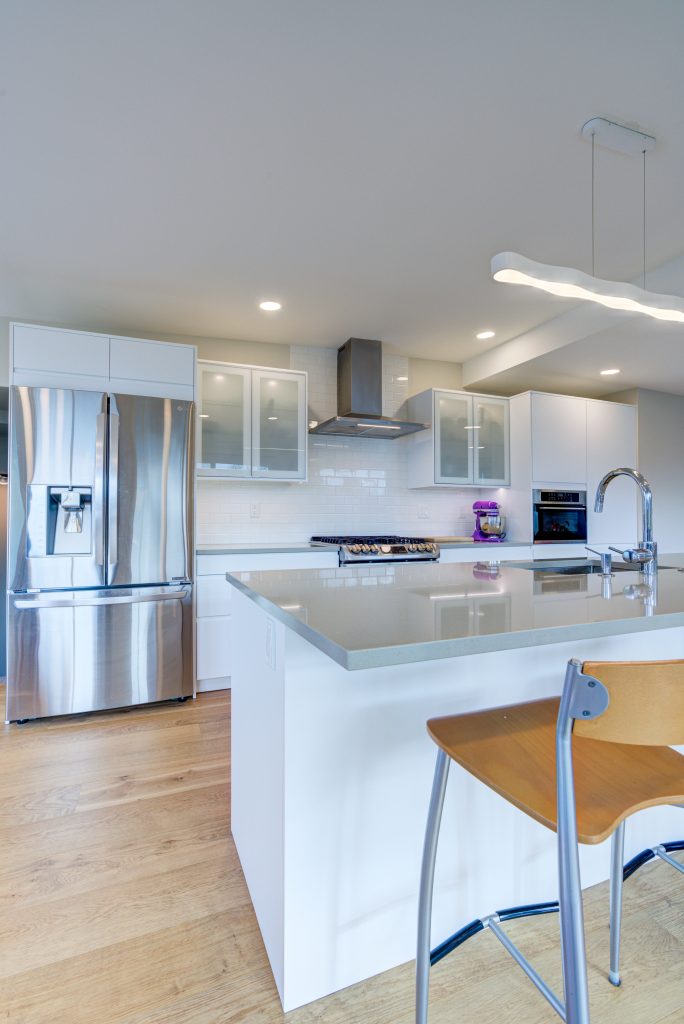 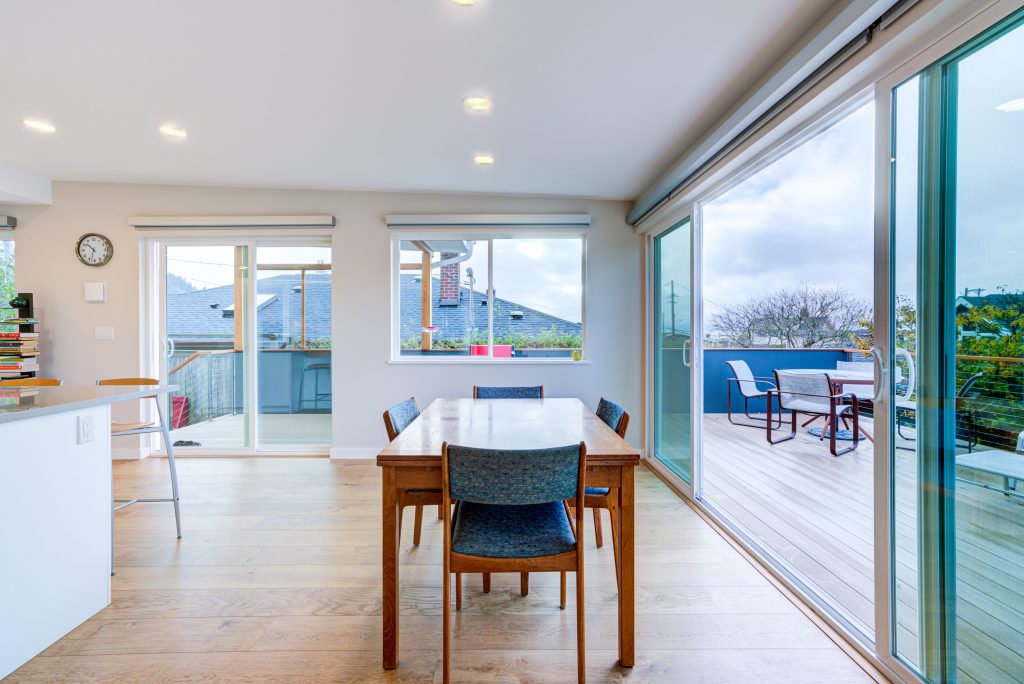 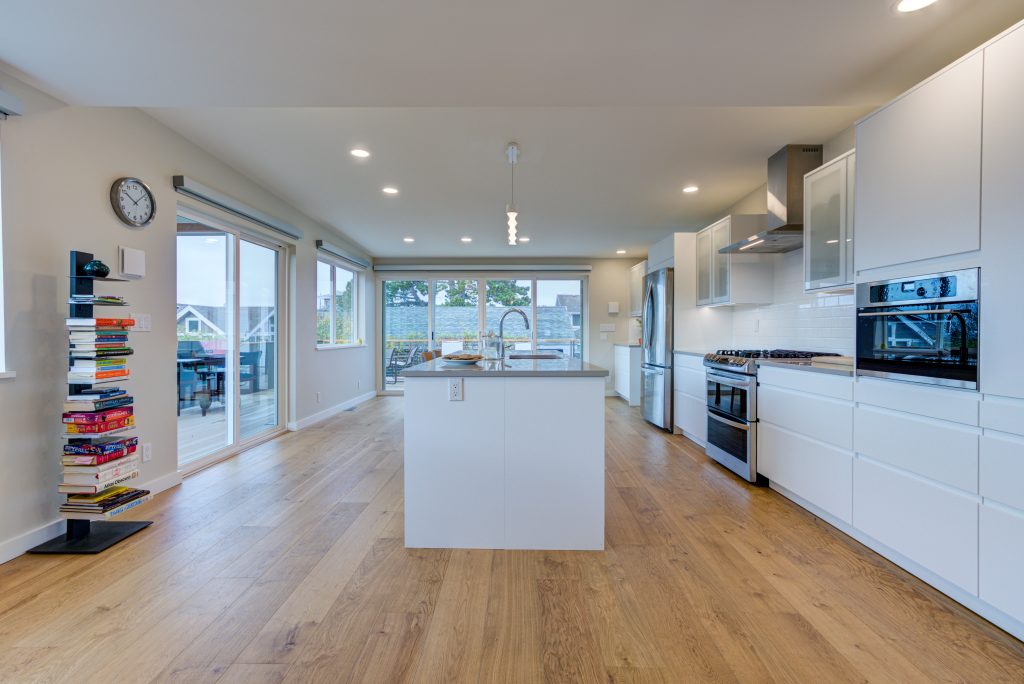 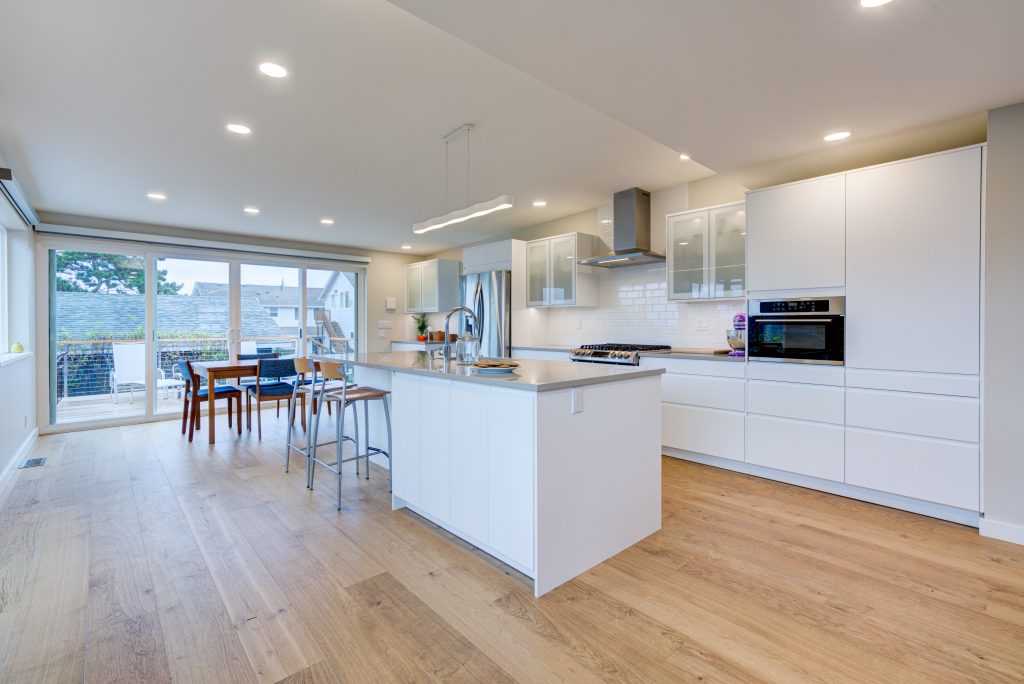 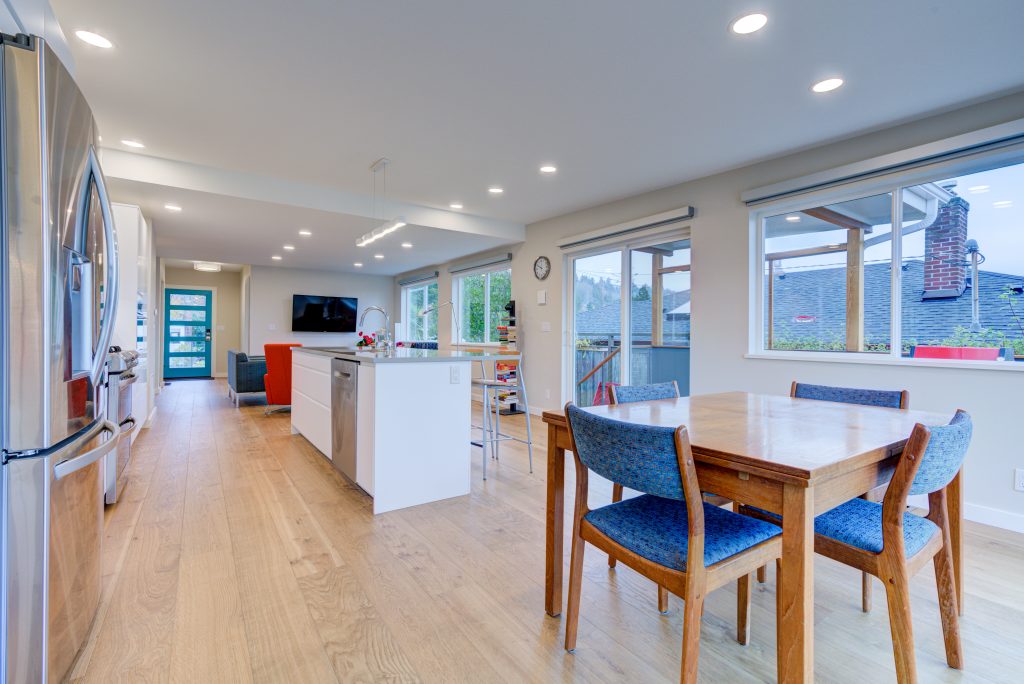 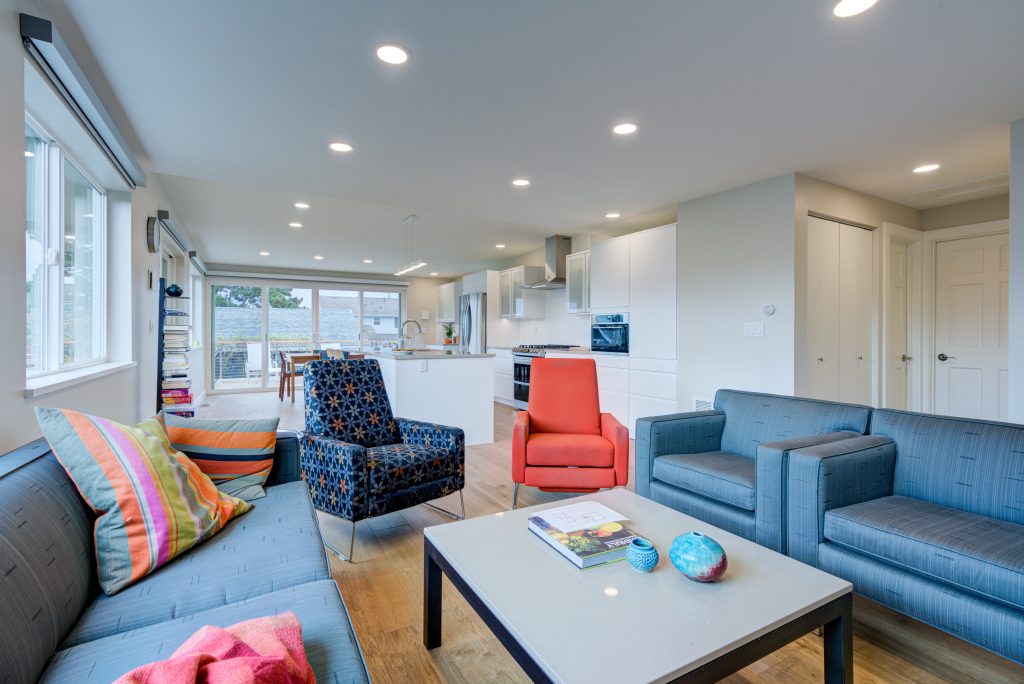 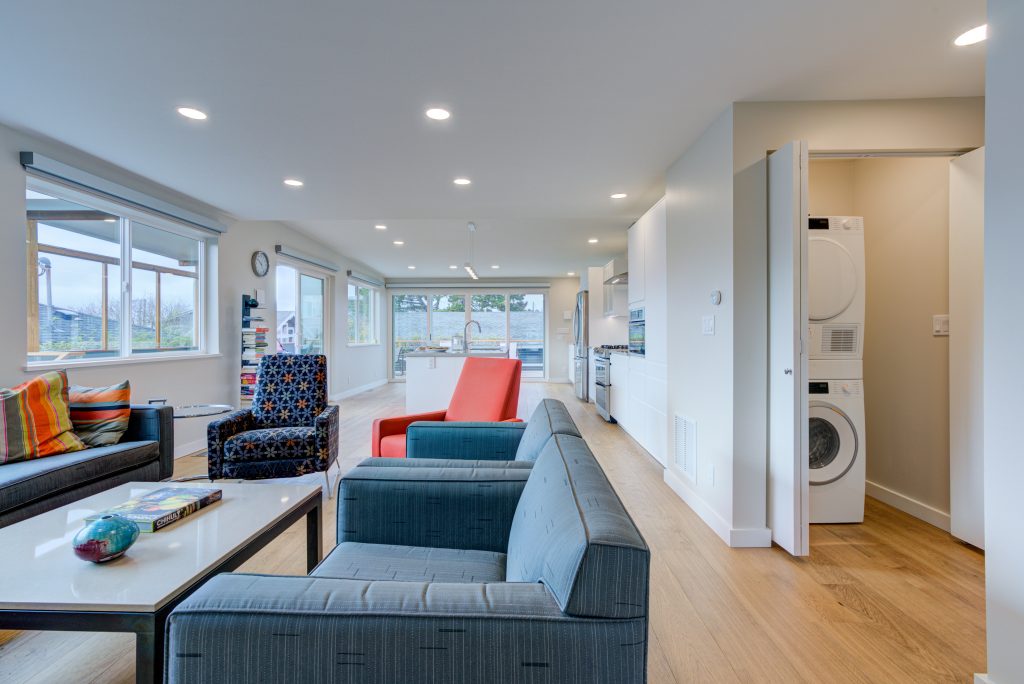 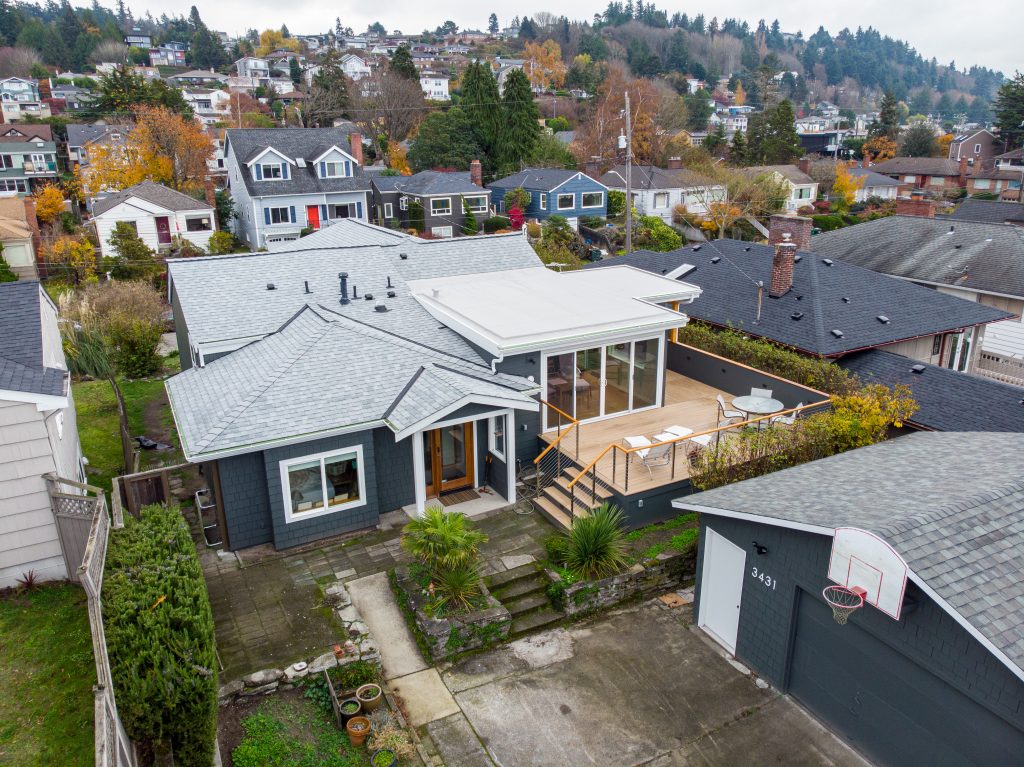 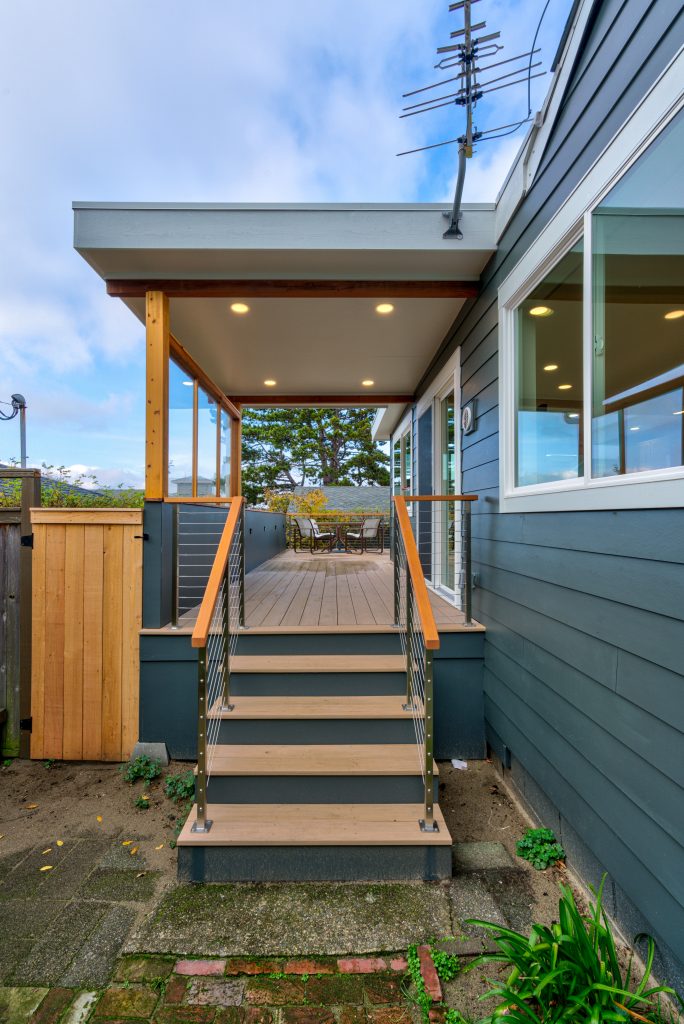 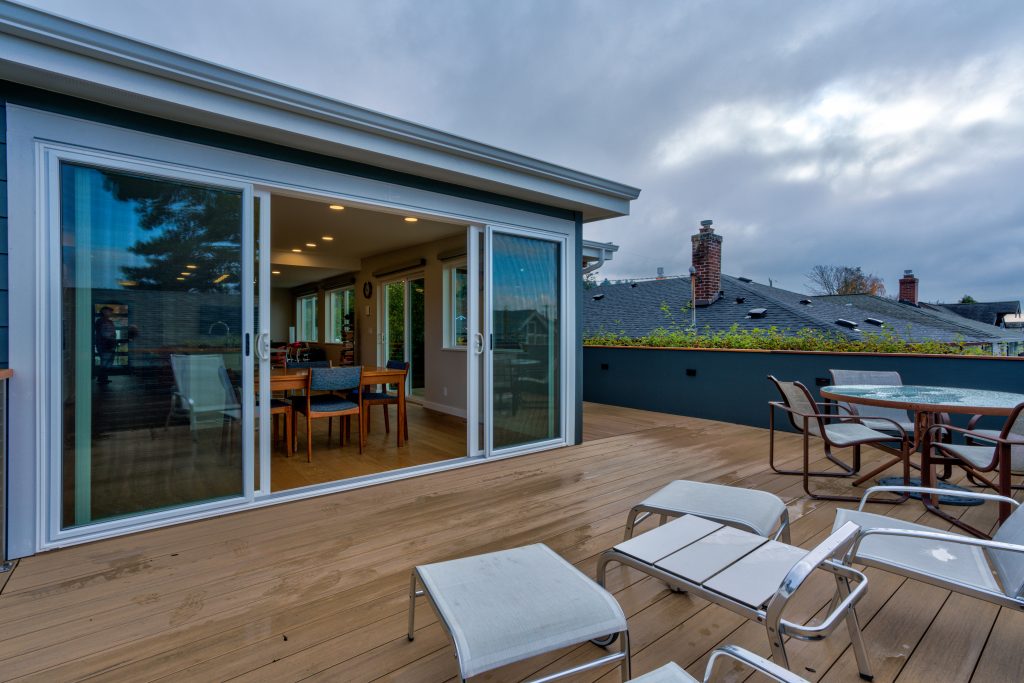 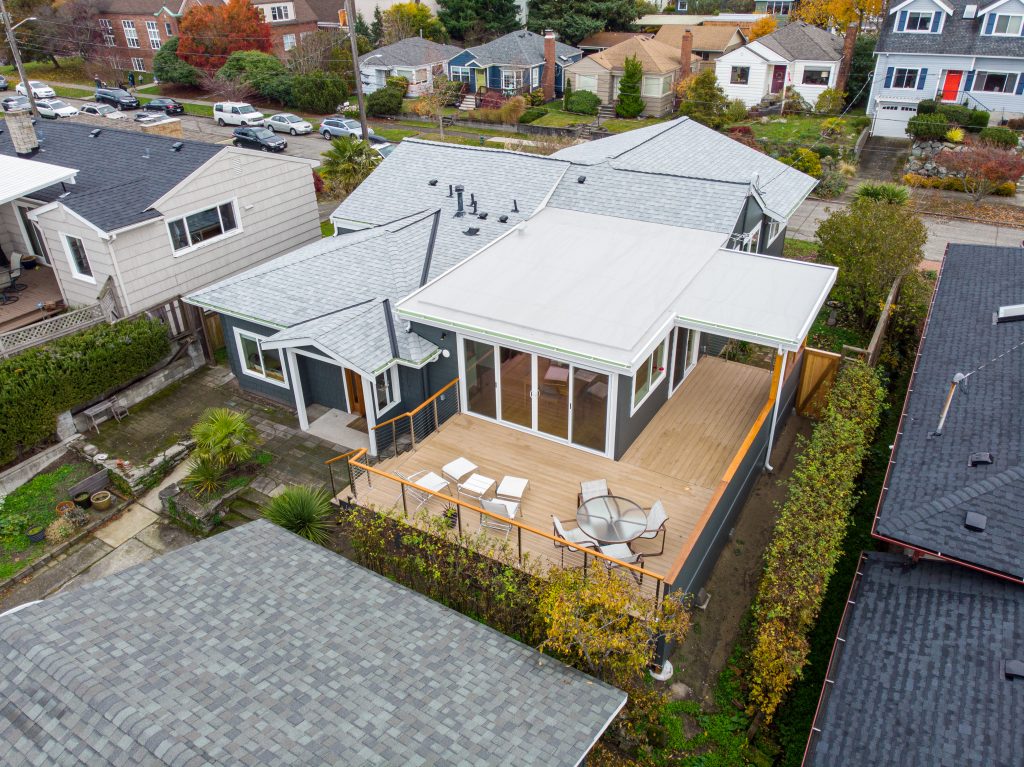 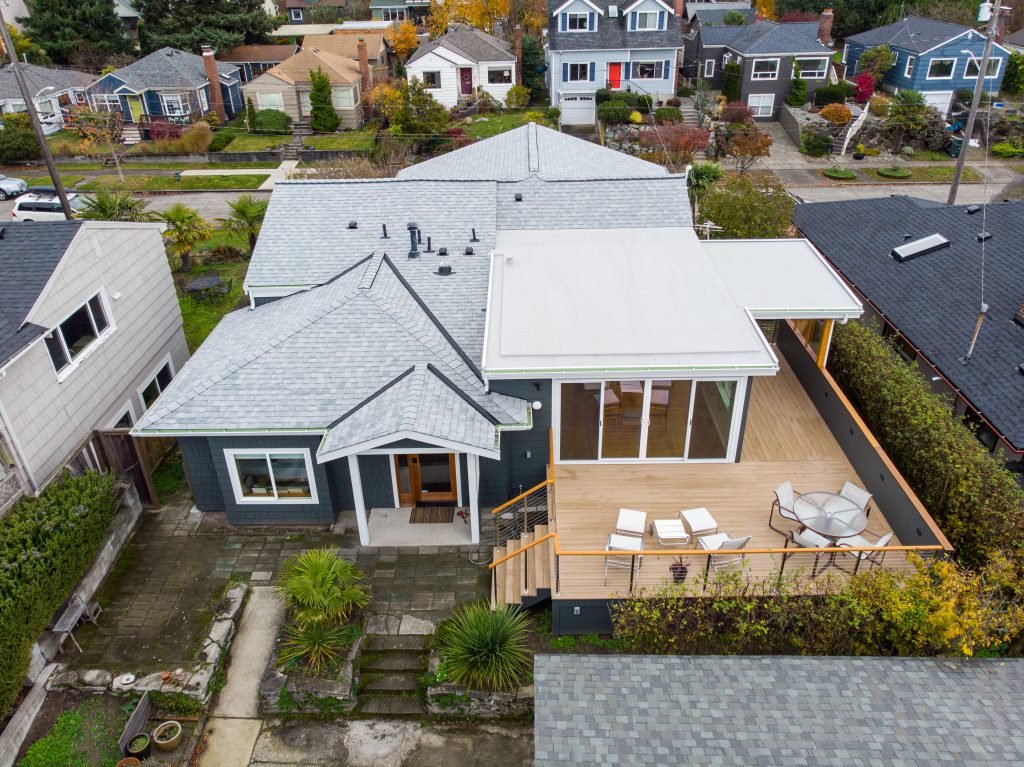 Better Builders was commissioned for a major interior remodel for this client. With striking improvements to the interior, our client decided to bring the exterior up to the same standard. They invested in a fresh 360° exterior facelift using sustainable, durable and low maintenance materials: Hardi siding, Azek decking and PVC flat roofing. In addition, the objective was to open the interior to the exterior and improve the already spectacular view overlooking Puget Sound and the Islands.

Originally, the west facing wall had only two windows looking out from the kitchen to the deck, and limited access to the interior living space. Most of the deck framing was completely rotted and the deck enclosure was lack luster and made the area feel constricted. Three of the six Plexiglas panels were removed to open the view, and the remaining three were replaced with new tempered glass. The stairs on both ends of the deck were re-built with the same AZEK decking. To improve visibility and open the space, a portion of the deck surround was replaced with a Clearview railing system of stainless-steel posts and cable with wood top rails.

Replacing the kitchen windows with a 12’ four-panel slider required the installation of a hidden roof support beam. Converting that entire wall into glass sliding doors increased the natural lighting inside, while also providing a smooth indoor/outdoor transition from the kitchen.

The remodel of the kitchen area started with an outdated, dark, closed off space. space. Working within the constraints of the existing home we were able to make some big changes. Opening the casing that separated the kitchen from the living area, we extended the cabinets all the way down the wall. We removed the cabinets along the back wall to install large sliding doors to bring more natural light and an indoor-outdoor living flow to the space.

The homeowner wanted a modern, minimalist, light and bright feel. Opting for a wall of white, flat front cabinets with no exterior hardware created the look we were aiming for. Moving the island toward the living area in the newly extended kitchen space made room for a small dining area near the new slider.

Request a free virtual consultation and discover how you can turn your dream of creating an award winning home renovation into reality.